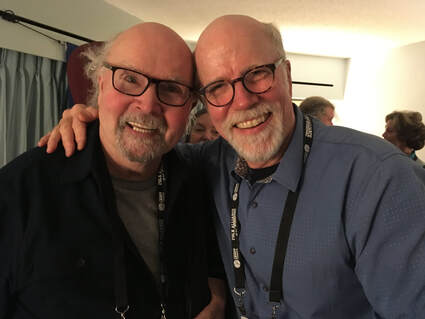 For nearly two years John and Tom Paxton have been Zoom-writing songs every Monday afternoon.  And, boy, have they come up with a catalog of amazing songs.  Ukrainian Now, their anthem for Ukraine was a Facebook viral hit, prompting Noel Stookey (the Paul of Peter, Paul, and Mary) to assemble an all-star folk music ensemble for a video that went around the world.  But that was just the tip of the iceberg.  From the humorous to the heartfelt, two of folk music's iconic songwriters have teamed up and the result has been fun, powerful, and affirming.  In fact, John's next recording project will bring in not only these songs, but Tom Paxton himself.

Join John for an evening of unveiling a dozen or so brand new songs he and Tom Paxton have written, as well as a handful of Tom's classic songs.