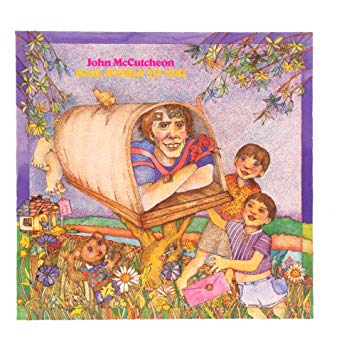 Mail Myself to You LP

**NAIA Children's Album of the Year

"McCutcheon is not out to prove anything, only to entertain...A fine album. -Susan Stewart, Entertainment Weekly

"Whether gently hammering a dulcimer on the title cut or nearly rocking out on the traditional "Over In the Meadow," McCutcheon performs his second children's record with spirit and a backup band that's sensitive to the material." -Parents' Choice

Over in the Meadow (trad.)

Mail Myself to You (Woody Guthrie)