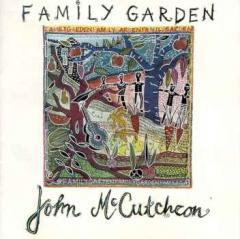 John McCutcheon is the complete modern folk musician, a master of many instruments and traditions whose own compositions have become contemporary standards. This is his third collection of songs for children and families, following his award-winning albums "Mail Myself to You" and "Howjadoo."

"Rich vocals, fully realized musical arrangements and song lyrics that display gentle humor and an understanding of the interests of children make this an outstanding recording for the entire family." Ã¢ÂÂ Emergency Librarian

"Thirteen original songs vie for the status of favorite...almost an hour of pure pleasure." Ã¢ÂÂ Booklist

"McCutcheon affirms the pleasures of being together as a family, whatever the activity may be." Ã¢ÂÂ Parents Magazine

"McCutcheon's verse engages the dreams of children and wraps them up in music. Very meaningful and fun." Ã¢ÂÂ Childsplay