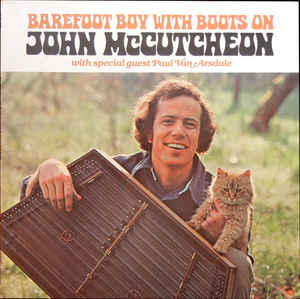 Barefoot Boy With Boots On LP

music. McCutcheon, then in his twenties and already a master of seven different

instruments, showcased his love of the music of the Carter Family, Roscoe Holcomb,

I.D. Stamper, and Jimmy Cooper. He also included newly composed music by such