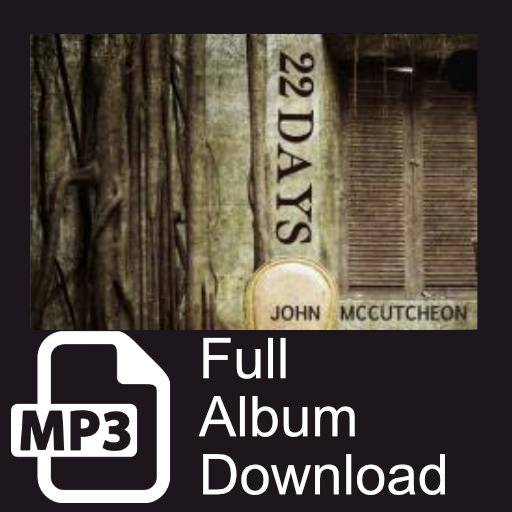 22 Days began as an homage to my friend, Vedran Smailovic, the âCellist of Sarajevo,â who, in honor of 22 people killed by a bomb in a Bosnian breadline, played for 22 days in a row at the bombing site. 20 years to the day of the beginning of Smailovicâs action I sat down for the same number of days, at the same hour every day, to write. There was no goal, no album in sight. I simply wanted to write and see what happened. Over 30 new songs is what happened. With a couple of exceptions, it is songs from that writing intensive that comprise the songs of 22 Days.

Some songs have been heard, as theyâve been finished, in concerts throughout the past year. Those of you in the Song of the Month Club have heard one each monthâ¦and, in fact, helped hone them with me. And they are a diverse lot: several love songs, a song about a small South Georgia town, a topical song or two, an instrumental, a hillbilly sea shanty, and a even a kind of follow-up to the Ode to a Krispy Kreme from the Passage album a few years ago.

Some of the songs I recorded in my studio here in Georgia, some overdubs with pals in Nashville, and all the vocals and mixing done back at Bias Studios up in Virginia, where I recorded for over 25 years.