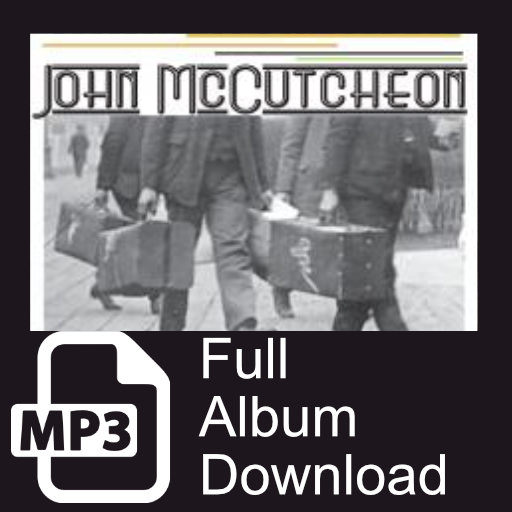 With his astonishing 34th recording, Passage, folk music stalwart John McCutcheon comes full-circle. He joyously returns to many of the Appalachian sounds and themes that marked the music he played and loved music when he first came into international prominence. With a core band featuring mandolin ace Tim OâBrien, fiddler Stuart Duncan, and bassist Bryn Davies, McCutcheon adds his own vocal, fiddle, banjo, octave mandolin, hammer dulcimer, guitar, piano, jaw harp, and harmonium skills. Singers Kathy Mattea, Suzy Bogguss, and Mollie O'Brien round out the singing duties. But at the center of this all-star cast of musicians are the songs themselves. Rich, diverse, rooted, moving.

Pointedly contemporary, the opening cut, One More Day, is written from the perspective of one of the surviving miners in the Massey explosion in Montcoal, WV just this past spring. End of the World is the story of a Vietnamese-American shrimp boat captain in the immediate aftermath of the Gulf oil spill. Las Damas de Blanco tells of Cubaâs La-dies in White who march in protest of their sons, husbands, and fathers held as political prisoners. Your Age is a recollection of conversations with many older coal miners. Glory Halleluiah is an old-time string band rave-up with Tim and John adding increas-ingly wacky instrumentation that would have made Mike Seeger proud. Tallahassee Waltz is a gorgeous duet with Suzy Bogguss that will send many a couple out on the dance floor. And Ode to a Krispy Kreme is one of the most hilarious and spot-on spoken word narratives youâre likely to hear.

But the Passage in the album is also personal. Father Forgive is the story of Johnâs great-grandfather, Michael Abts, immigrating to America. Along Came You is a gift to his first grandchild. Iowa and With My Father both talk of his fatherâs struggle with Alzheimerâs. You Canât Take It with You was written after one of Johnâs best friends died suddenly. And the albumâs closer, Come Home, is a tribute to one of Johnâs men-tors, the WV ballad singer and union activist, Nimrod Workman.

John McCutcheon is one of the most prolific, dependable, and entertaining musicians working today. âThe perfect example of a modern folksinger,â is Sing Out! Magazineâs description. âA national treasure!â heralded the Oakland Tribute. And for nearly forty years, continuing to create music that marks our lives and our time here.