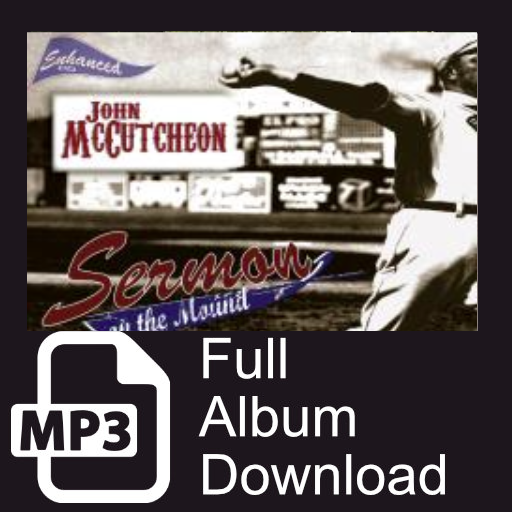 "Some people say there are better games than baseball. They are wrong."
--Tom Boswell, The Washington Post

"The first thing in my life I ever did right," muses John McCutcheon, "was baseball." Since that day in 1959 when the lanky seven-year-old showed up a year too early for Little League tryouts (they took him anyway) McCutcheon has done quite a few other things right. With over thirty-five years of international concert touring, six Grammy nominations, countless awards, over thirty recordings and numerous books under his belt, he's been a busy man. With the release of Sermon on the Mound he's finally brought together two lifelong loves: music and baseball.

Whether honoring the games heroes (Roberto Clemente, Cal Ripkin Jr., Jackie Robinson, PeeWee Reese), tackling the game's foul balls (steroids, John Rocker), celebrating street ball and Little League, or distilling it all down to its essence (the universal and heart-rending 'Catch'), once again, McCutcheon's pen and eye are wise, bittersweet, and wickedly funny. A home run of an album!