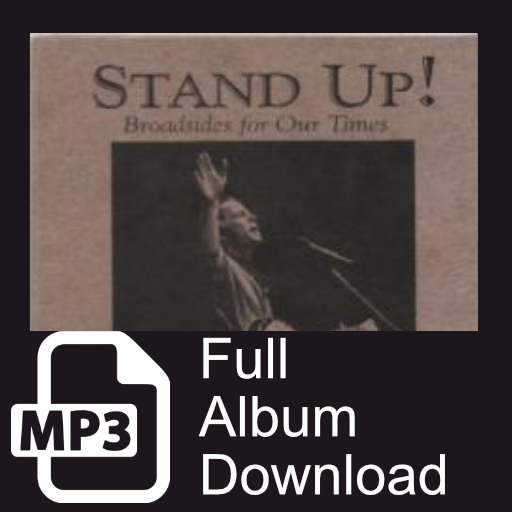 Following on the heels of the incredibly popular 2003 release, "Hail to the Chief," John McCutcheon delivers another batch of hard-hitting, laugh-out-loud, timely songs in "Stand Up!" From aircraft carrier landings to duct tape, from Iraq to Alaska, from sending up Pat Robertson for "praying out a contract on the Supreme Court" to honoring Vedran Smalovik's cello playing in the streets of Sarajevo, McCutcheon proves what an incisive eye, a wicked wit and a fierce intelligence can do with topcial songwriting. With "Hail to the Chief" he was called "...one of the very few and very best of our political songwriters." With "Stand Up!" he proves what an inspiring world we live in and what an interesting year we've had.