John's new...and 42nd!..album, Bucket List is being released nationally on September 17th, but he's doing a special Album Release Concert on July 17th, 8PM Eastern Time debuting every one of the 18 album cuts live.  AND concert attendees will be the very first people anywhere to purchase the album the day of the show...2 months prior to its national release!

"This is one of the most fun I've ever had working on an album, watching these songs I composed during these past 15 months come to life in the hands of some of my oldest friends and collaborators." says John.

This concert, like all of John's online shows, will also benefit some long-time friends who've presented and supported live music for many years.  You can assure that some of your ticket purchase benefits one of the following groups by clicking on their ticketing link below.

Or you can buy a ticket right HERE 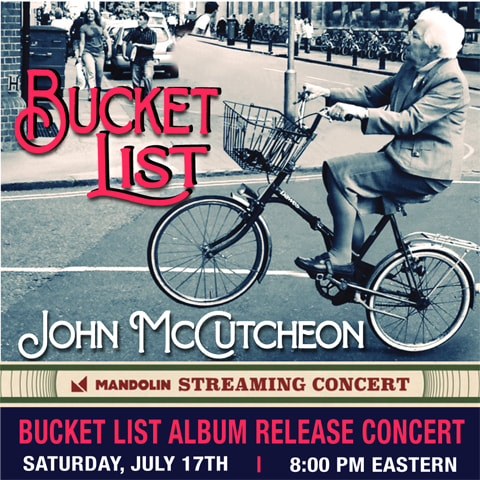